Can you smell it?

Can you feel it?

The dread of the parents, the excitement of the kids.

Six weeks of Juggling the kids and work, childcare, clubs and favours all called in.

Six weeks of sibling rivalry he said she said ouch that hurt.

Our daughter was once in a workshop at school and the question was “What can’t you change?

Her hand shot up in the air “A Giraffes neck”. She was right what on earth could you do to change a Giraffes neck and why would you want to change it? 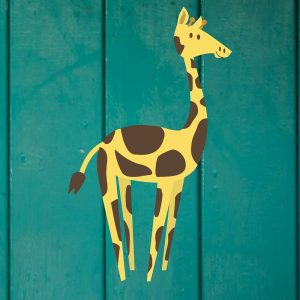 As a society we observe, we judge and we often think we would / should do it different.

Highlighted by the recent referendum there has been a wave of public outcry, families have been split and society appears to be in conflict regardless of where your cross went on the ballot paper.

Judgement everywhere. It’s a real shame because like it or not we live in a diverse society one which is rich in colour, cultures, beliefs and abilities.

The rich diversity in our smaller society  will be spilling into the streets and parks in the coming weeks as kid’s break up for the summer holidays.  Here is where the Giraffes necks will flourish thrive and enjoy the coming weeks.

The education system tries to fit all those square pegs into round holes and the round ones into square ones too.

We look around at the diversity yet expect our children to behave the same.

The expectation is that they have the same levels and ability to read and write.

We expect them to be able to sit for what seems like In-fin-ity (infinity is the “in” word of the 7 Year old) while they listen and learn.
We expect their play-times to be pleasant with no falling out and no life skills made.

We expect them to miss out on creative activities as the curriculum doesn’t have time for that any more.

Where do the arts fit?

As the school holidays approach.

Let them run in the park screaming and shouting.
Let them read their books in peace and quiet.
Let them go wild with pavement chalks and have water fights on the street.
Let them chase and play and run and hide. Let them sit in a corner and watch their peers, some will play some won’t.
Let them realise there is no right or wrong way to be.

A Giraffe’s neck is not for changing it is for reaching the highest branch.

Six weeks of fun, frolics and laughter. Bring it on.

Enjoy the ride Mums and Dads.

Need some assistance? Click on the image below to join the Empowered Family and receive a free E-Book download.

Share This
We use cookies to ensure that we give you the best experience on our website. If you continue to use this site we will assume that you are happy with it.Ok